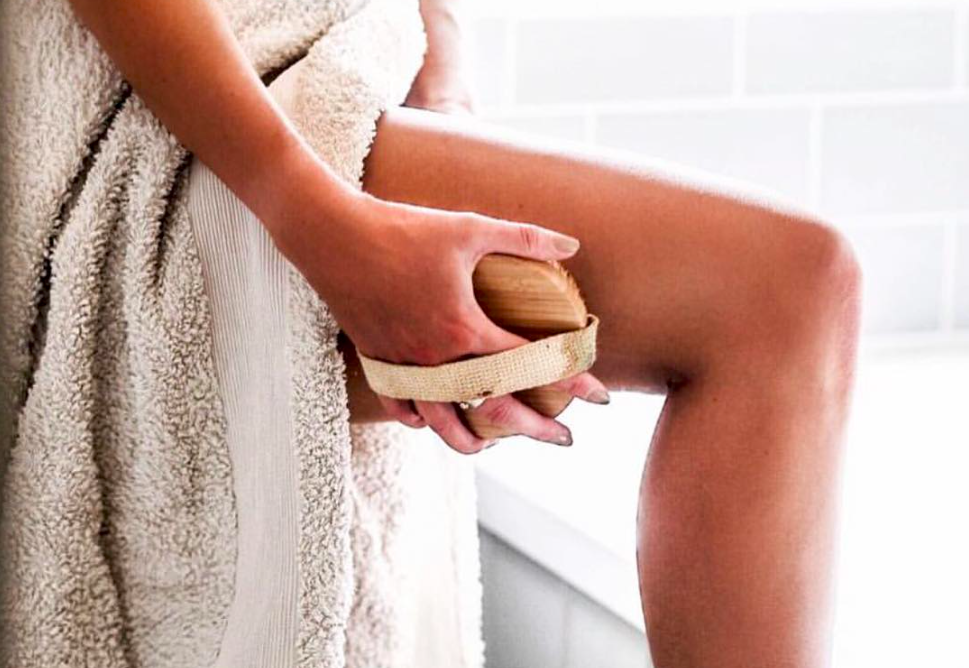 I have it. You have it. The woman you’re sat next to on the bus right now probably has it.

I’m talking about cellulite, orange peel, dimply skin, whatever you want to call it, it’s a fact of a female’s anatomy.

As with many things, exercise, a healthy diet and lots of water are key to managing it, but exfoliation and getting the blood flowing in the skin are also key in keeping those bumps and lumps in check.

This becomes even more important as we get older, as skin loses its efficiency when it comes to circulation, elimination and detoxing.

So massages on the regular then yes? By all means splash the cash on treatments designed to smooth and sculpt, but there’s a much cheaper and simpler way to boost microcirculation and stimulate lymph flow.

You’ve probably have heard about dry body brushing before, might have done it once or twice, or written it off as complete faff.

But trust me, the practice, particularly when using the Mio Body Brush, *works*.

Read on for why the Mio Body Brush is a must-have tool in your skincare regime.

Dry body brushing is a fast and effective way to stimulate your skin, reducing the appearance of cellulite, eliminate dead skin and overall leave it looking radiant and feeling smoother.

How it works to banish cellulite specifically is by boosting blood flow, delivering extra oxygen to cells.

Because the lymph system doesn’t have a central pump, the act of brushing helps to ‘flush’ toxins from the body, diminishing the appearance of cellulite, plus it helps to minimise the likelihood of breakouts. 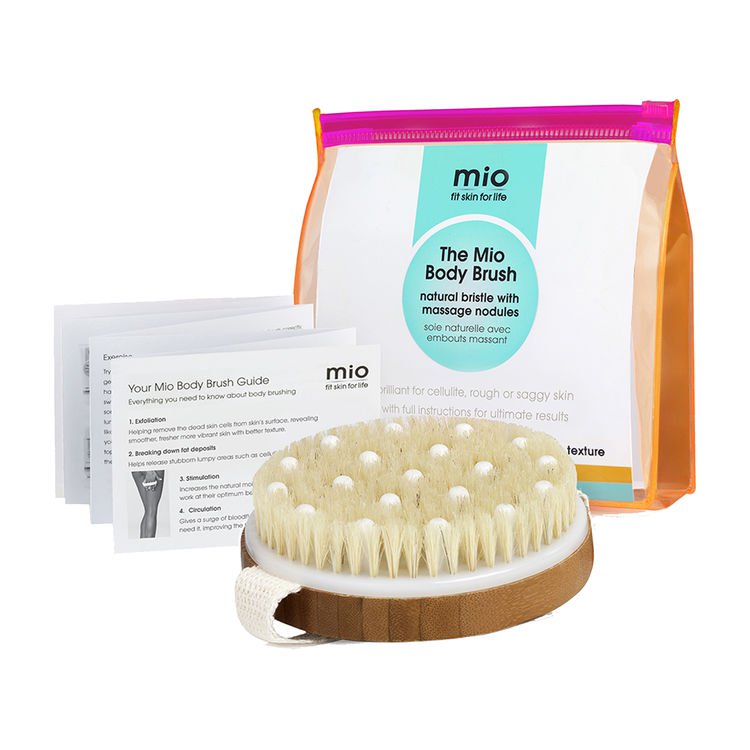 What makes the Mio Body Brush stand out from it’s competitors is that it’s made with both natural boar bristles and features massage nodules to give you the ultimate body brush. It’s also ergonomically designed, and easy-to-hold.

How do you use it?

Simply use before or after showering every day, brushing in a circular motion in an upward direction towards your heart.

I like to use it before I shower and begin dry body brushing from the soles of my feet, moving onto my calves and so on.

Pay special attention to backs of and thighs or any other areas where cellulite is a particular concern.

I’ve been dry body brushing on and off for years but it wasn’t until I started using the Mio Body Brush that I really saw results.

Then brush your back, and finally in a clockwise motion on your tummy and chest. Adjust the pressure for different areas you are brushing, so that it’s always comfortable.

You’ll probably find that gentle pressure is enough for the tummy and upper body, but can apply more pressure when brushing the legs and should use very light pressure on the delicate décolletage area.

You should see a rosy flush to the areas you’ve brushed.

The whole process should take at least 3 minutes and ideally you should be using your Mio Body Brush at least 3 times a week. 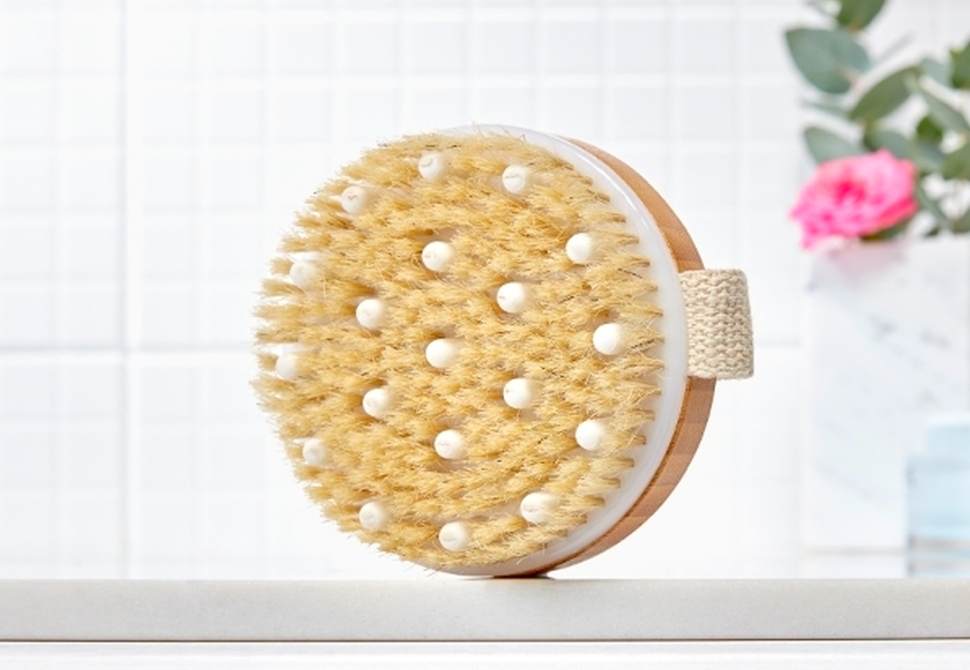 At the start of your dry body brushing journey the practice might feel little sore and scratchy, but as you get used to it and the bristles soften it won’t be uncomfortable whatsoever, I promise.

Soon it will become part of your routine and you won’t feel like you’ve done your shower routine properly if you haven’t got a dry body brushing sesh in beforehand.

Yes. If you use it *religiously* the results will come quickly. Your skin will look firmer, radiant, and cellulite is less visible.

Those tiny bumps on the backs of your arms, legs and bum are reduced, and the occasional spot becomes all the more occasional.

It really works to slough off dead skin cells too and in some lights you can actually see the dead skin float off as you work the brush around your body – kind of gross, but very satisfying.

While my cellulite was never particularly visible my mother’s case was more obvious, plus she had varicose veins that really bothered her.

Since I recommended the Mio Body Brush to her she has used it before every shower and the change has been honestly quite dramatic.

She’s very fit, in her fifties, and her pins now rival someone my age (Hoping, praying, those genes come through for me!).

I’ve been dry body brushing on and off for years but it wasn’t until I started using the Mio Body Brush that I really saw results.

That being said, if you already have a body brush or can’t find the Mio one, introducing dry body brushing to your skincare routine will still yield benefits.

Where can you buy it and how much does it cost?

This bad boy is hard to track down. I bought mine in store at Space NK on Grafton Street over two years ago, but the brush has been out of stock on their online store (£14.50) for quite some time.

On all three sites however there’s an option to ‘join the waitlist’ and you’ll be notified when it comes back into stock.

For a little bit extra you can order it from Bath & Unwind (€20.49) and it appears to be consistently available from there.

There are also dry body brushes from other brands that have both bristles and nodules on the market. I haven’t used these but I would imagine they have similar effects.

Though I can’t help but think that Mio’s version’s sell-out status is a sign that I’m not the only one who thinks it’s a little something special. 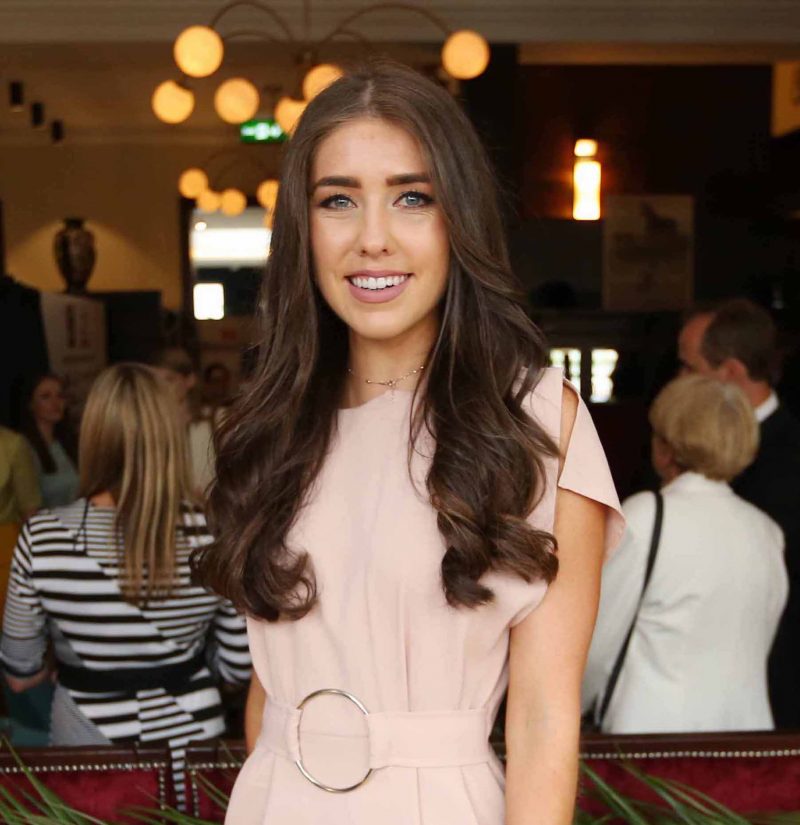